This is the second installment of the TO BE WOMAN photo project and blog series. It aims to focus in on women’s lives and women’s stories in an attempt to bring us closer together through honesty, empathy, and understanding. This week since the Women’s March has been unfailingly frightening, but I’m filled with a defiant and nagging sense of hope over the thought that there are so many people out there willing to stand up and fight for the rights that we all desperately deserve. Women of the world will not be forced into silence; we will not take demeaning and dehumanizing actions lying down. Together, we will fight.

Please read a full description of the project and view the first three incredible women HERE.

If you are interested in becoming a part of this project (and I would absolutely LOVE that), please contact me via email at katherineelysephotography@gmail.com.

I will not be deterred by anyone else who seeks to define my worth.

“I love this new world. I no longer have to be politically correct,” Christopher von Keyserling, longtime member of the city council in Greenwich, Connecticut, allegedly said before he grabbed his female coworker’s genitals on December 8, 2016. Thankfully, there was a security video that caught it on tape, or it could have very well been ‘his word against hers’ as he warned her, and his threat that no one would believe her could have very well unfolded. His lawyer defended his actions as “playful” and “too trivial to be considered anything of significance.”

When I think of myself in this woman’s position, I am mortified. When I think of my little sister in her position, however, or in any position where she is being treated as a body that does not deserve equal respect as a human, I am beyond devastated. I am utterly heartbroken. I am sick to the core of my being.

It’s honestly harder for me to apply this heartbreak and anger to myself, because when I think of myself, I think of the many criticisms and insecurities I have collected about myself over the years that would make me less than worthy of that response. And I don’t think that’s an accident: I think people can prey on others, and male identities can prey on female identities, when there is vulnerability from a lack of self esteem and self worth.

I’m not just talking about patriarchal societies which seek to use and control women, I’m also talking about capitalism itself and how it feeds on and grows from people’s insecurities, males and females alike. Fear will sell products like nothing else. It will also sell ideas.

As for my body, which I once starved almost to death out of fear of rejection or disapproval by others… I don’t buy the idea that I should be ashamed of my body, for being too fat or too thin, or too sexual or not sexy enough, or imperfect or not photogenic, or alive and farting and growing hair. This body is my story, down to every wrinkle and scar. My story has been glorious. And no one can take that away.

And it will never again be given away because of a culture or a president that says I need approval or validation from men, or from anyone else. This is my vow. When I summon love for myself, exactly as I am, right here, right now, no amount of intimidation or insult can touch me. When I know my own worth, I can get angry for myself too.

And so my fight begins here, with my own perspective on these things I spent so much of my life hiding from and being humiliated by; realizing that it is always in my power to see the beauty of my own story:

My breasts are slightly different sizes= options! Who doesn’t like options?

The roll on my belly= proudly earned talisman from my recovery from my eating disorder!

The scar on my face= I can tell little kids I’m a pirate! Pirates are adventurous and exciting!

The acne scars on my butt= my own unique constellations!

Hair under my arms= I have more important priorities!

Bunions/incredibly ugly feet- I can’t believe I was a real ballerina for a while. 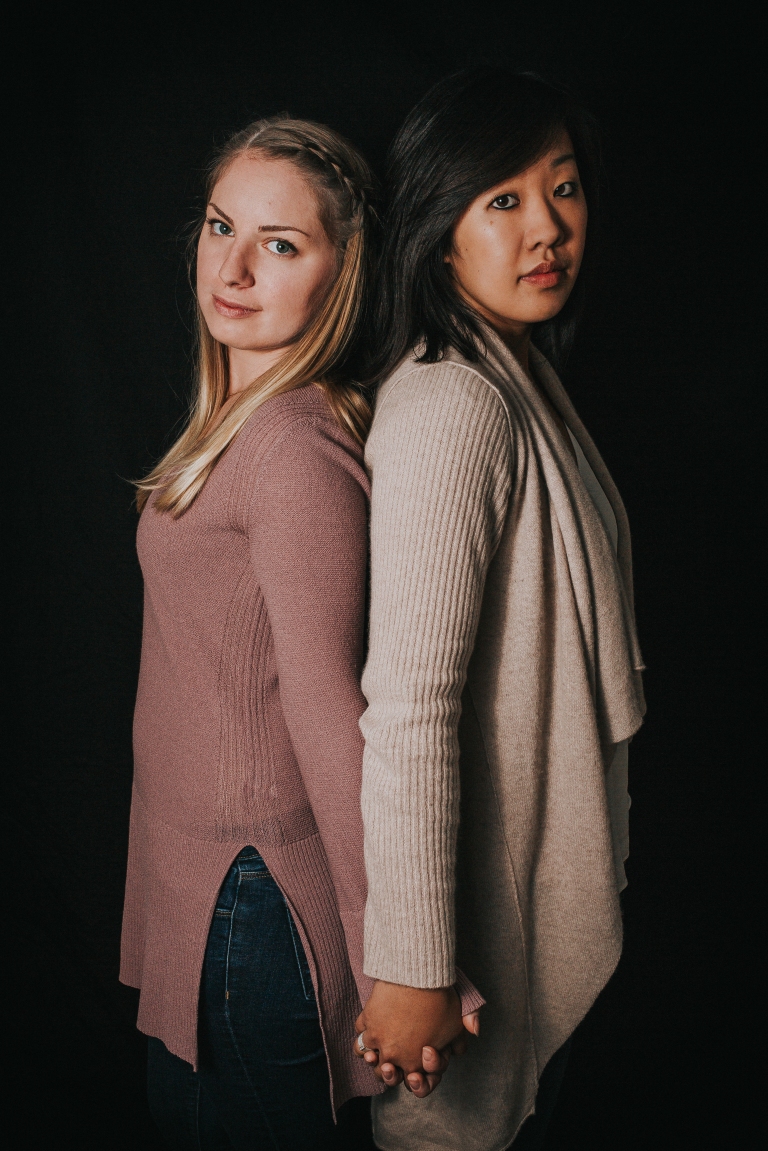 I shall not be moved by racism.

By definition, racism is defined as “the belief that all members of each race possess characteristics or abilities specific to that race, especially so as to distinguish it as inferior or superior to another race or races.” The definition has blended into a fluid part of everyday life in the United States. Let me ask you this: Do you laugh when a group of Chinese-Americans laugh at selfie sticks and say, “That’s so asian!”. Do you curse at a poor driver and comment, “Stupid asian drivers…”.

With the results of the recent election, I’ve noticed friend groups becoming significantly more polarized. Two conversations rotate amongst the groups: (1.) Laughter at the “white people” and mocking their “white privilege”, while naming me as “white-washed” therefore assuming I should be able to talk sense into them; (2.) Outrage at the minorities and stereotyping them as a cult.

Why am I “white-washed”.

Why am I the buffer.

Just let me be me.

Gia is one of my closest friends. She is Italian-American and we have known each other for 15+ years. And guess what? She makes her own dumplings from scratch and I make her grandmother’s lasagna once a month. We inspire each other to move through this barrier of racism and grow stronger. Nothing can break our friendship.

Racism will not move us. Don’t let it move you.

I will not be deterred by my own fear.

2016 was an interesting year for me personally, and on a wide spectrum, from very happy to very sad. It was the year that I finally allowed myself the freedom to be diagnosed with anxiety and depression. It was the year that I finally gave myself enough forgiveness to admit that both of those things are real diseases, real demons, and not weakness or my own defects. It was when I decided that love, actually, had to be the thing that won in my own life so that I can be happy and the best version of myself.

It sounds a bit self-indulgent, but none of that has been easy.

But the one thing I’ve learned again and again through all of this, is that I cannot be afraid. I cannot fear my own thoughts when they are cloudy. I cannot fear being honest, out in the world, about who I am, how I feel, or what I believe.

With a new president coming into office, one who, to say the very least about it, does not share any of my ideals, is terrifying. But I’ve already decided that fear can’t be the victor in my own life, and so I will not back down from the challenges that this new version of America poses. Just as I will not back down from fighting my own battles with mental health. I will not let fear, in any capacity, dominate my life. And I will fight for what I now know is the most important thing: love.